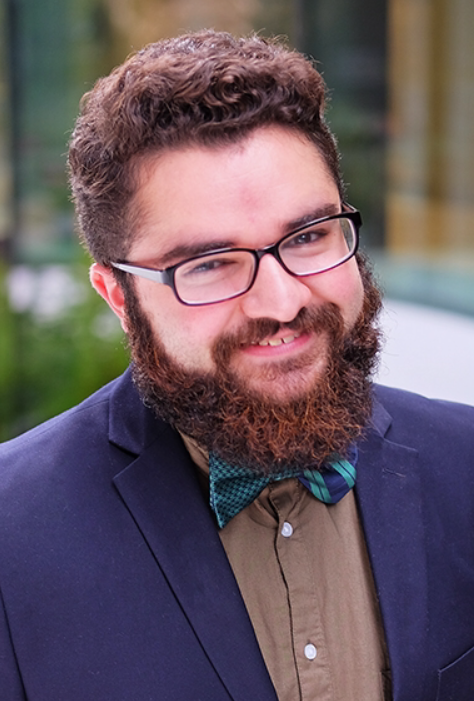 Kyle DeAngelis is a fourth-grade teacher in the New York City public school system. A psychology major at Vassar, he describes how the nation’s largest school district has responded to the pandemic.

It is late September and, some six months after the explosive spread of COVID-19 made New York City the epicenter of the coronavirus pandemic in America, life in the city has in many ways settled into what we now call “the new normal.” Outdoor dining at restaurants, socially-distant gatherings in parks, and indoor shopping at many stores that were shuttered throughout the spring have reinvigorated the city, giving the sense that perhaps, while the pandemic is certainly not over, the worst is behind us. Yet there is a glaring exception to this return to pseudo-normalcy that serves as a reminder that, despite the alleviation of the restrictive public safety measures that were necessary to curb the spread of the virus earlier in the year, we are still in the midst of an enduring crisis.

By this time in an ordinary year, our city’s students would have been in school for a little over two weeks; settling into new routines, reconnecting with friends, and looking forward to the year ahead. Instead, New York City’s schools have remained mired in the complex logistics of reopening schools. Now, just days before K-12 students are scheduled to return to the classroom for in-person learning for the first time since March, the biggest unresolved question is whether or not the plans the city developed for reopening will actually work.

I am a fourth-grade teacher at a small, public school in uptown Manhattan. Incidentally, this is my first year at this school. Over the summer, I transferred from another New York City public school in order to teach in an environment that would be more aligned with the progressive, student-centered philosophy of education that I cultivated when I was at Vassar. Even in the midst of the turmoil surrounding the pandemic, the transition to my new school has been a joy. The experiences of getting to know my new colleagues as we flesh out plans for the year and meeting my students and their families virtually ahead of the official start of school have been incredibly gratifying, and I am genuinely thrilled to be starting this new chapter in my career. And yet my excitement has been tempered somewhat by the haphazard approach that city leadership has taken to reopening schools.

At the beginning of July, it was announced that New York City schools would be implementing a hybrid model, whereby students would learn in-person for two to three days each week and from home for the remainder of the week. Families would, however, still have the option to opt for a fully-remote learning model for their children. New York soon became an outlier as the only major American city with plans to reopen schools for any amount of in-person instruction this fall. Reorienting our educational system around this new hybrid model, the second time in this calendar year that we would be undertaking such a radical restructuring would clearly be an enormously challenging task. Those challenges have been exacerbated by the city’s leadership throughout the reopening process, which has been characterized by a lack of preparedness, last-minute decision-making, and a refusal to engage honestly with the facts on the ground, often leaving teachers like myself scrambling to plan amidst a climate of heightened uncertainty.

Throughout the summer and now into the fall, the major impediments to reopening schools fall largely into two categories; safety and instruction. Keeping staff and students safe in school will require all of the hallmarks that have come to define our social lives since the pandemic began; temperature checks at the door, mandatory mask policies, and social distancing. While these precautions are obviously necessary for in-person learning to take place safely, the implementation of these policies in an elementary school clearly undermines some of what makes elementary school a worthwhile experience in the first place. Gone are the tables around which students would ordinarily be working collaboratively on a host of different projects. In their place, my classroom is filled with ten solitary desks, all facing forward and spaced six feet apart, giving it the appearance and feel not of a fourth-grade classroom but of an SAT room on test day. However, the failure of the city in this area stems not from their enforcement of sensible safety protocols, but in their lack of preparedness to support schools in implementing these protocols. Concerns about a potential lack of PPE and cleaning supplies, along with questions about whether or not the ventilation systems in our school buildings would be adequate to ensure safety, ultimately culminated in the threat of a teachers’ strike at the beginning of September. This threat led the city to delay the scheduled start of in-person instruction for two weeks in order to give schools time to address lingering concerns.

In the area of staffing, the city has repeatedly failed to fulfill its promises to teachers and principals. In August, the mayor guaranteed that no teacher would be responsible for instructing students at home and in school at the same time. From the start, this commitment was dubious; by some estimates, the city would need to hire as many as 12,000 more teachers in order to fully staff the hybrid model at a time when the city is grappling with a major budget shortfall as a consequence of the pandemic. Additional federal stimulus over the summer could have provided some relief, but the obstructionism of congressional Republicans foreclosed that possibility. The staffing crisis has become so acute that the Council of School Supervisors and Administrators, the union representing New York City’s principals and school administrators, recently called for control of the city’s schools to be handed over to the state for the remainder of the pandemic. As a result of this understaffing, when we launch the hybrid model next week, I will be live-streaming most of my lessons from school so that students who are learning from home on any given day can still benefit from some instruction before they begin working independently on an assignment. To be clear, I am glad to do this because the education of my students is my highest priority. However, it has been enormously frustrating that the city would take advantage of my, and my colleagues’, devotion to our students to elide the commitments it made to its teachers.

After the original two-week delay, mere days before in-person instruction was set to begin, the city announced that the reopening would be staggered, delaying the start of in-person instruction for K-12 students by another week. Throughout the reopening process, teachers like myself have often been made aware of policy changes like this the same way all New Yorkers were; when a notification from the New York Times appeared on the screen of my iPhone. Through these challenges, teachers have had to adapt; keep parents and families informed of the most recent changes, altering lesson plans that were made for an in-person setting to conform to the parameters of virtual learning, and becoming trained in a host of new, in-person safety protocols.

I have elaborated on the political context surrounding the imminent launch of in-person learning to convey the uncertainty that has characterized the experience of New York City’s schoolteachers like myself over these past several months. There is a fundamental truth that has been obscured throughout this process; teachers want to be in their classrooms with their students. I want to be in my classroom with my students. I want to get to know each of them in person, not through a computer screen. I want them to be able to spend time with one another in person, the way fourth graders are supposed to. What my fellow teachers and I do not want is to be lied to and to be treated as pawns in a political gambit. We do not want to be subjected to unsafe conditions, nor do we want to subject our students to unsafe conditions. We do not want vacuous, public declarations of appreciation and support that are not followed up by policy changes that would actually make our jobs easier. Barring any other eleventh-hour changes, schools will be reopening next week and I will be welcoming a small group of fourth graders into my classroom for the first time this year. Whether our schools will be able to remain open is yet to be determined. In the midst of all this uncertainty, one reality is guaranteed; no matter the outcome, New York City’s teachers will adapt.

As I prepare to return to the classroom, I rely every day on the lessons I learned at Vassar. In my teaching practice, I am wholly committed to a high-quality, equitable education for all of my students, a commitment that originated in my education classes at the college. Enacting that commitment is more challenging now more than ever. Had it not been for the values I developed at Vassar, I would not be as well-positioned as I am now to ensure that, despite the challenges caused by the pandemic, my students have access to an excellent education.