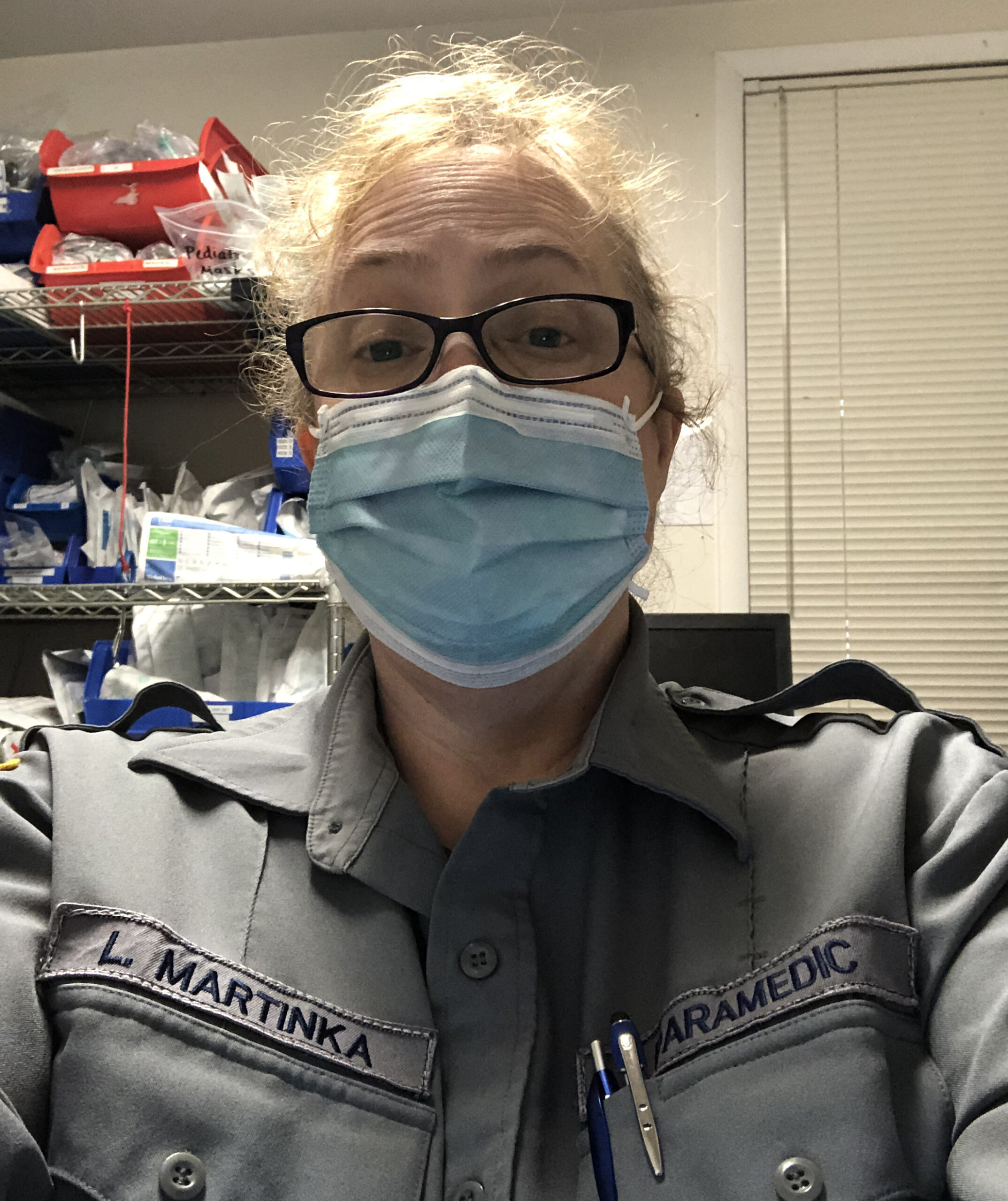 Laurie Martinka is a paramedic with Atlantic Mobile Health in New Jersey.

The most inspiring part has been the response of the community. They have been leaving rocks with inspirational sayings and donating food at times. The local fire and police departments had a thank you parade.

I will never take PPE for granted. I also really believe in the importance of being able to connect with a patient which has been so difficult during this time.

I think I learned to think outside of myself and became open to a much wider world at Vassar. This has helped me be flexible in this nightmare.